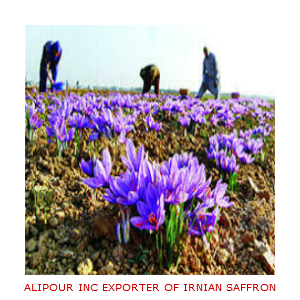 He announced the cultivation of red gold in Iran at 105,000 and 270 hectares, 5,000 and 707 hectares in India, and 2,811 hectares in Afghanistan.The main buyers of saffron in the Middle East are food wholesaler and food industries such as Saudi Arabia, Kuwait, Qatar, Oman and United Arab Emirates.